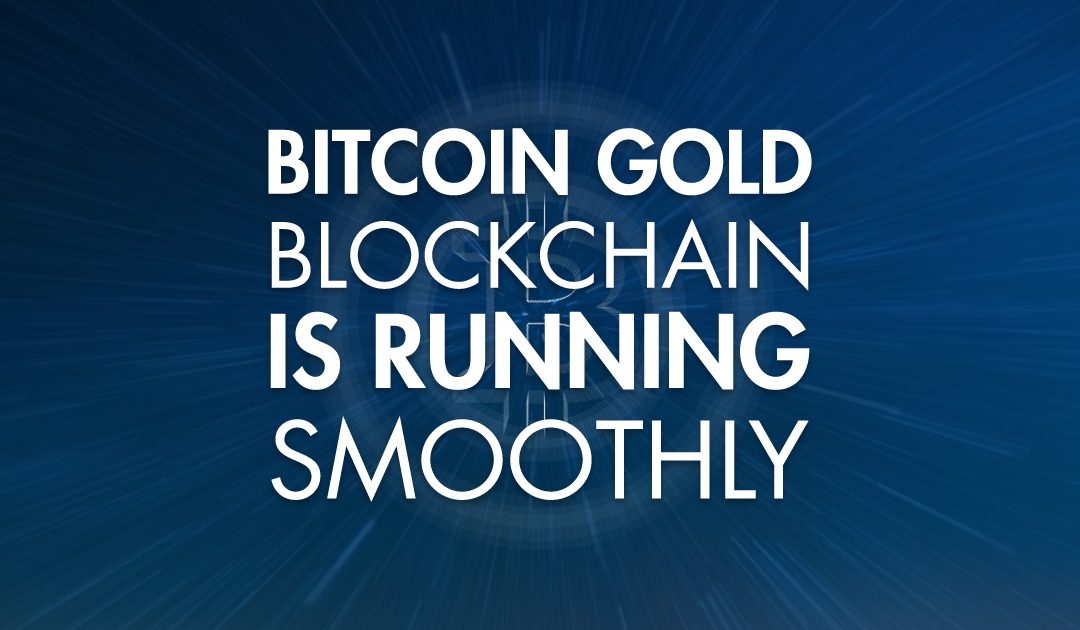 It’s the third day after the launch of the mainnet, and we’re pleased to say the Bitcoin Gold blockchain is stable and growing as expected.

There were some initial hiccups – as should always have been expected on a Day One launch of a new peer-to-peer network with this much interest – but all issues were resolved in the early hours, and the system is now working as designed.

Interest in mining grew strongly during the first few days as miners and pools all over the world began mining, becoming more decentralized by the moment, and the difficulty adjustment algorithm smoothly increased up to roughly double the starting difficulty. Many miners wanted to experiment; perhaps some hoped for a “gold rush” of easy mining in the first hours. This turned out not to be true, because our per-block difficulty adjustment kept adjusting to maintain a proper 10-minute block time average. Late in the second day, mining interest began to wane, and the algorithm reduced the difficulty, maintaining a good average block time.

This is noteworthy because it means the new Bitcoin Gold blockchain is not over-attracting hash rate. In addition, mining pools have begun to pay out rewards to their miners.

BTG transfers and payments are taking place between wallets; multiple wallet providers support BTG Gold, and more continue to add support. Everyone who held Bitcoin at the time of the October fork now has Bitcoin Gold, and users have been tentatively passing some around. We expect this transaction volume to increase steadily.

Exchanges are necessarily cautious and conservative with funds; they will not open up for deposits and withdrawals of Bitcoin Gold until they determine that the network is fully stable, reliable, and safe. At that time, the markets will be able to conduct what economists call price discovery. Until then, most trading on exchanges has been taking place only as BTG Futures. Please ask your service provider for further information.

*We heard from the community that the initial blockchain download takes too long time. so we decided to provide a Bootstrap Bittorrent file to help. (Ready in 1-2 days)

We’re grateful for the community

The network stability has been greatly improved and the number of full nodes is growing steadily, however the network is still in its early stage. Block time can vary as the hash rate fluctuates, but all signs indicate that the difficulty adjustment algorithm is working effectively. We will keep monitoring the network.

We’re always happy to share such good news with our community. The support and encouragement of those who understand what we’re trying to accomplish really buoys the team in the face of waves of negative sentiment that are inevitably manufactured.

We thank all those who helped us fend off those attacks against our users, miners, and pools. The resilience of Bitcoin Gold in the face of these attacks verifies that an entity that achieves this level of decentralization is invulnerable and armored as a cryptocurrency has to be.