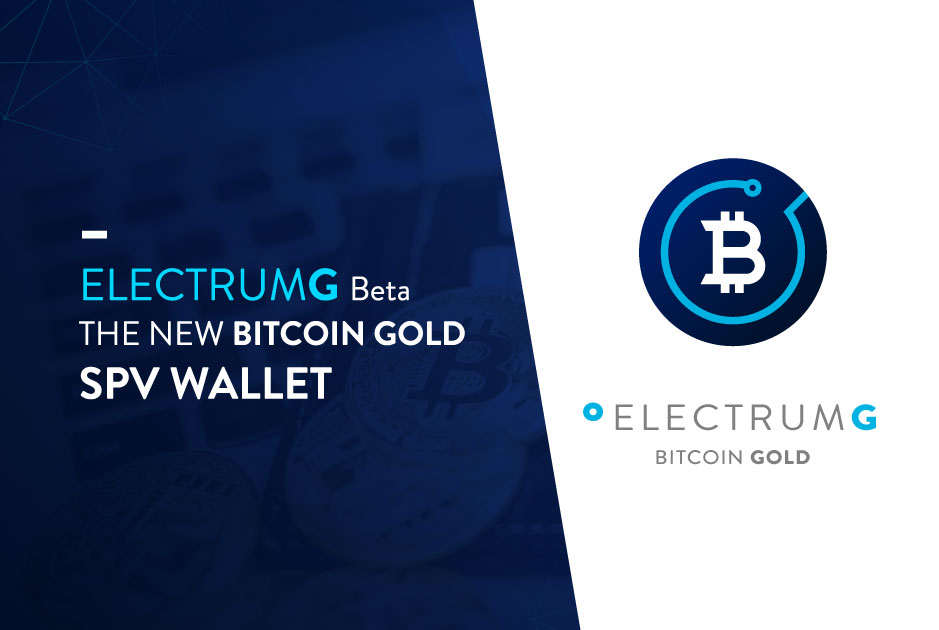 We are releasing our Beta version of ElectrumG, our fork of the Electrum Bitcoin Wallet project for Bitcoin Gold. Electrum was first announced for Bitcoin in 2011. Since then, it has grown to be one of the most popular Bitcoin wallets, both for users and developers, and we’re thrilled to bring this well-known piece of software to the BTG Community.

We’d like to thank Spesmilo (Electrum) and Kyuupichan (ElectrumX) for their hard work on the Electrum projects over the years, as well everyone else in the Open Source Community that has contributed to the creation and growth of projects like these.

ElectrumG will be free and open-source* and a set of decentralized ElectrumX servers on the Bitcoin Gold network will be hosted by the Bitcoin Gold Organization, which will also provide continued development and support for the Electrum fork. As with all early releases, this software should be considered Beta until the broader community has put it through its paces, on testnet and on mainnet. (Some advanced functionality may not yet be fully implemented.)

So, what makes Electrum so special?

An SPV Wallet, yet Full-Featured

An SPV (Simplified Payment Verification) wallet doesn’t need to store the entire blockchain, just the headers – which Satoshi Nakamoto described as a way to “verify payments without running a full network node.” Since the size of the whole blockchain is well over 150 GB, this significantly reduces the system requirements to run ElectrumG.

Yet ElectrumG is still a full-featured wallet which connects to the Bitcoin Gold network to send and receive transactions in real-time; this can make ElectrumG more responsive, more resilient, and more self-sufficient than some other lightweight wallet approaches. And it’s loaded with features you don’t find in most “light” wallets.

Beyond a pleasant interface, ElectrumG provides users with:

In the future, ElectrumG will also include:

This broad functionality makes ElectrumG a potent tool! It’s no surprise that Electrum is not just a popular wallet for power users, but also for developers of all sorts of crypto-based services.

Most importantly, releases like this SPV wallet, and our recent testnet v3 and developer resources, ensure that the BTG environment is welcoming to developers. It’s important to remember that some of the most important developers to the crypto space aren’t actually crypto developers – developers outside of the crypto space who simply want to use crypto as part of their projects are critical to the continued growth and adoption of crypto in the real world.

We’ll continue to work hard to make sure that developers of all sorts of future crypto-related services can focus on their core competencies, instead of focusing on how to interact with the Bitcoin Gold change.

* Interested parties can see the full source code on the project’s GitHub here.

Remember, this is Beta software. Please report Issues on GitHub or the Forum. Linux users should compile from source; pre-compiled binaries are available for PC and Mac – remember: always check the hash when downloading pre-compiled software!

Again, this is Beta software. We recommend testing on the testnet only! This is a BETA! If you wish to test on the live blockchain and work with real funds at your own discretion, you are able to do so. Note: before using ElectrumG on the mainnet, please be aware of this known issue.