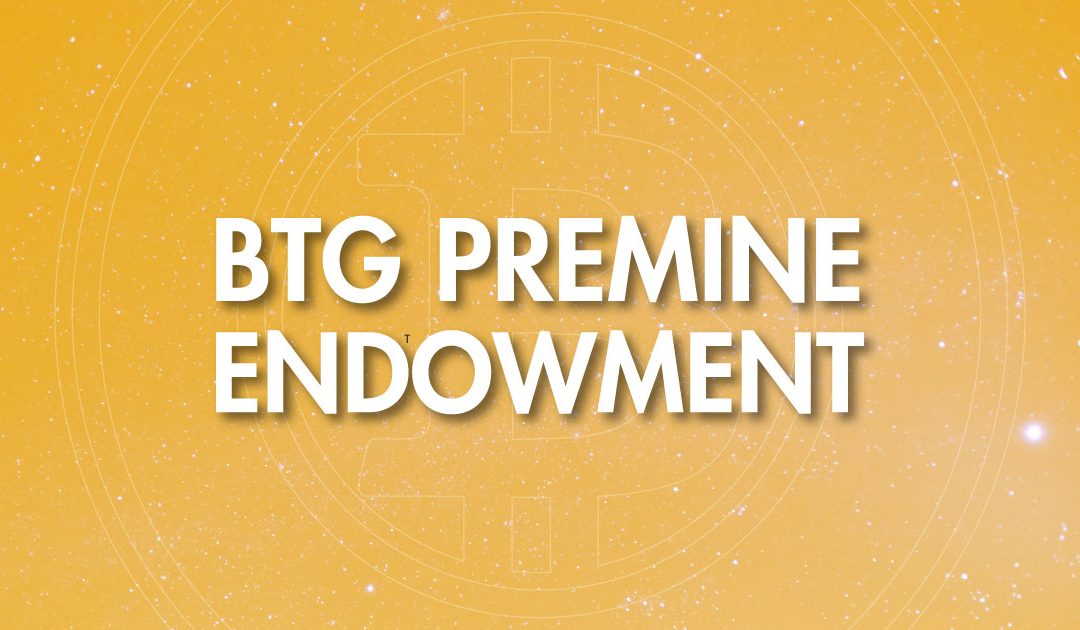 This post aims to provide some clarity about the origins of the Bitcoin Gold blockchain.

The “premine” wasn’t a pre-mine

Around the time of the launch, people constantly asked about the premine. “Premine” is not the best term, but we use it to ensure people know what we’re talking about.

Bitcoin Gold chose to fork (replicate) the entire existing Bitcoin blockchain, with all wallet and transaction history included, and then later begin a brief project mining period to build a store of coins to support the future of the project. This happened after bitcoin block 491,406 (2017-10-24 01:17:35 UTC). At that point, there were already 16.5 million Bitcoin in existence, so there were then 16.5 million Bitcoin Gold in existence.

After this, the project mined 100,000 coins (8000 blocks at 12.5 coins per bock), so it’s more of a post-mine, but we still call it a premine. A true pre–mine is when the makers of coin start a new blockchain with a genesis block and do private mining to accumulate a number of coins, and only then make mining public for others earn coin rewards. With that approach, the makers obviously start out with a huge proportion of the initial coin supply – 100%! That’s would have been a serious problem.

Our premine accumulation of 100,000 coins was about 0.6% of the total number of outstanding coins (which was about 16.6 million Bitcoin Gold coins after the premine), so it’s a tiny fraction – and is even tinier compared to true pre-mines. The rest of the Bitcoin Gold (BTG) coins are in the hands of whoever held the corresponding Bitcoin wallets before the fork – which includes many thousands of individuals and organizations all around the world.

Today, the Bitcoin Gold blockchain is growing and healthy, with many blocks publicly mined on top of the premine. In that regard, it finally makes a kind of sense to call it a premine.

Summing up the Bitcoin (BTC) and Bitcoin Gold (BTG) supplies:

This is exactly as described in the previously published Bitcoin Gold Roadmap. Moreover, since the blockchain has been continuously mining since launch, these facts can be independently and publicly verified by looking at the blockchain.

The premined coins were all locked up as they were mined

It’s important to note that the code which ran the premine was putting all those coins into “locked” wallets, even as they were being mined.

100% of the coins mined during the premine period were mined directly into multi-signature wallets which cannot be disbursed by any one individual, or even a small group. All disbursements must be signed by four of the six core team members.

Further, 60% of those coins were mined into time-locked wallets which cannot be accessed immediately; they become accessible over the course of the next three years.

This, also, is exactly as described in the previously published Bitcoin Gold Roadmap. Rumors at launch time of any developer’s intent to “dump the premine coins” soon after launch were abundant, but completely false and, in fact, quite impossible!

Again, all of this can be independently verified by knowledgeable people who look at the open-source code that ran the premine.

Most of the coins are locked in an Endowment

The great majority of the premine – 95% – was locked up as funds which are best considered an Endowment. Some (35%) was potentially available for use immediately, and 60% was locked up for the future. The purpose of these funds is to support the growth and maintenance of a healthy ecosystem for Bitcoin Gold, but also to support Bitcoin and the crypto-community generally.

There was, understandably, a lot of attention to the 5% of the premine which was earmarked as “Initial reward for core team” in the Roadmap. That represents 5,000 coins used in order to cover all the costs for the team, infrastructure, development and bounties and they were all covered by the core team.

We will be releasing more information about how the Endowment is being used, and how it is going to be used, in the future. The general plan will be as published in the Roadmap, but we look forward to seeing this project, and the Bitcoin Gold Community, evolve over time!