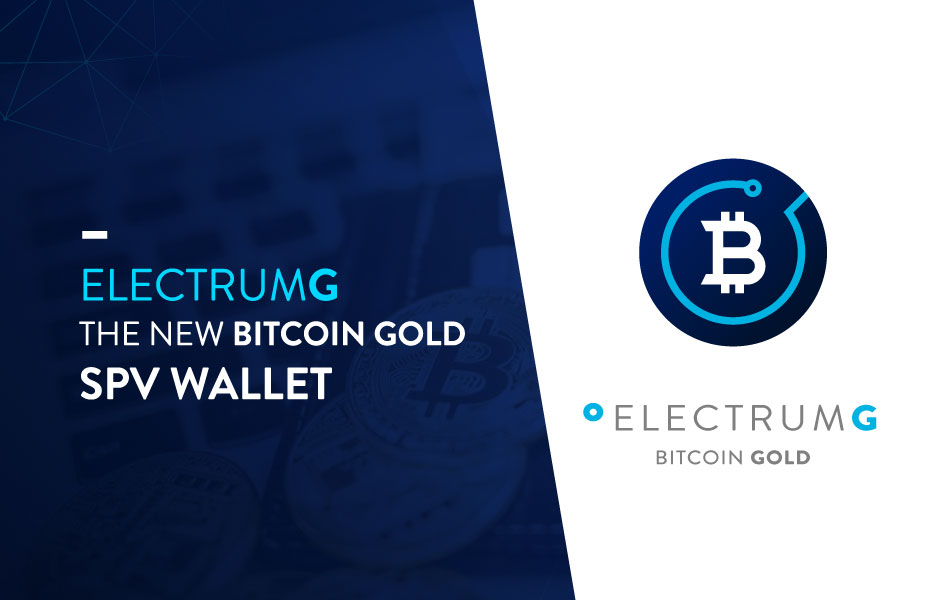 The BTG blockchain has been performing wonderfully since the successful Network Upgrade last week. If you’re using our ElectrumG wallet, make sure you update to the latest version, published last week:

ElectrumG 3.2.1 is a stable release and is fully compatible with the recently Upgraded Bitcoin Gold Network.

ElectrumG is our version of the popular Electrum Bitcoin Wallet, modified for BTG. It’s is a full-featured wallet that’s easy to use for beginners but provides many advanced features – including invoices, multisig wallets, cold storage, and a rich set of functionality for advanced users and developers.

Most importantly, ElectrumG is very quick to load and very lightweight, consuming a lot less disk space than a full node wallet.

How’s it so Lightweight?

Unlike a “full node” wallet, ElectrumG on your computer doesn’t validate every BTG transaction and maintain a full copy of the BTG blockchain, so it doesn’t need hundreds of gigabytes of space on your computer. Instead, it relies on lightweight block headers and uses SPV (Simplified Payment Verification, as described in the Bitcoin Whitepaper) to verify payments. Like any SPV wallet, ElectrumG relies on ElectrumX servers for some functions, such as receiving new block headers, or broadcasting new payments after they are signed – but the private keys used to sign those transactions never leave your computer. You remain in complete control of your private keys.

The current production version, ElectrumG 3.2.1, was released just before the Network Upgrade hardfork. The wallet and back-end ElectrumX servers were upgraded to remain functional after the fork. This version does not include support for hardware wallets, which will be added in an upcoming Beta. (Hardware wallet support was initially planned for the 3.2.1 release, but needed to be delayed in favor of rolling out support for the Network Upgrade.)

ElectrumG will continue to be free and open-source, with ongoing development and support provided by the Bitcoin Gold Organization. (See the full source code on GitHub.)

The Bitcoin Gold Organization also hosts and maintains a globally distributed set of ElectrumX servers, which were upgraded for the Network Upgrade.

We’d like to thank Spesmilo (Electrum) and Kyuupichan (ElectrumX) for their hard work on the Electrum projects over the years, as well everyone else in the Open Source Community that has contributed to the creation and growth of projects like these.

We’ll continue to work hard to provide the kind of software users want, the services developers need, and to continue expanding and supporting the Bitcoin Gold Ecosystem.

Where do I get it?

Please report Issues on GitHub or the Forum.

Beyond a pleasant interface, ElectrumG provides users with a full suite of functions:

In the near future, ElectrumG will also include: